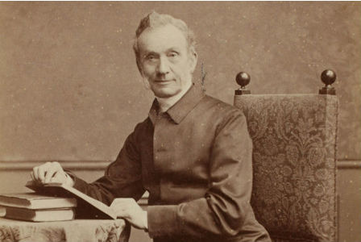 I have a confession to make.  Here goes…

I was at a church meeting this week.  Among other things, we were discussing whether and how to proceed on a particular matter.  There were many suggestions and much discussion, but in the end we decided to give it some more thought and revisit the matter at our next meeting.

Here’s the problem:  To our shame (and I am definitely included in the shame part), not one of us thought to suggest that we pray about it.

Is it shocking that a group of believers did not voice the desire to ask our Heavenly Father for wisdom and guidance when we say that we believe in the power of prayer?

Is it surprising that we did not suggest prayer as a viable and ultimately the best solution?

Unfortunately, no.  The tendency in our Western churches is to rely on our abundant resources rather than on the God who provides them.

Part of the ridiculousness of the situation, in my case at least, is that I’m currently working through George Müller‘s book, Answers to Prayer.

The Great Secret of Success

Has God given you big, seemingly impossible plans for how you can glorify him?  Do you have an obstacle you need to get through?  Is anything troubling you?  Are you concerned about the hardened hearts of family members, friends, and neighbours?

Bring your plans and concerns to the Lord.  He will provide everything you need from his glorious riches (Philippians 4:19).  Here’s a good starting prayer:

← The Ideal Team Player
Today I am Thankful For… →