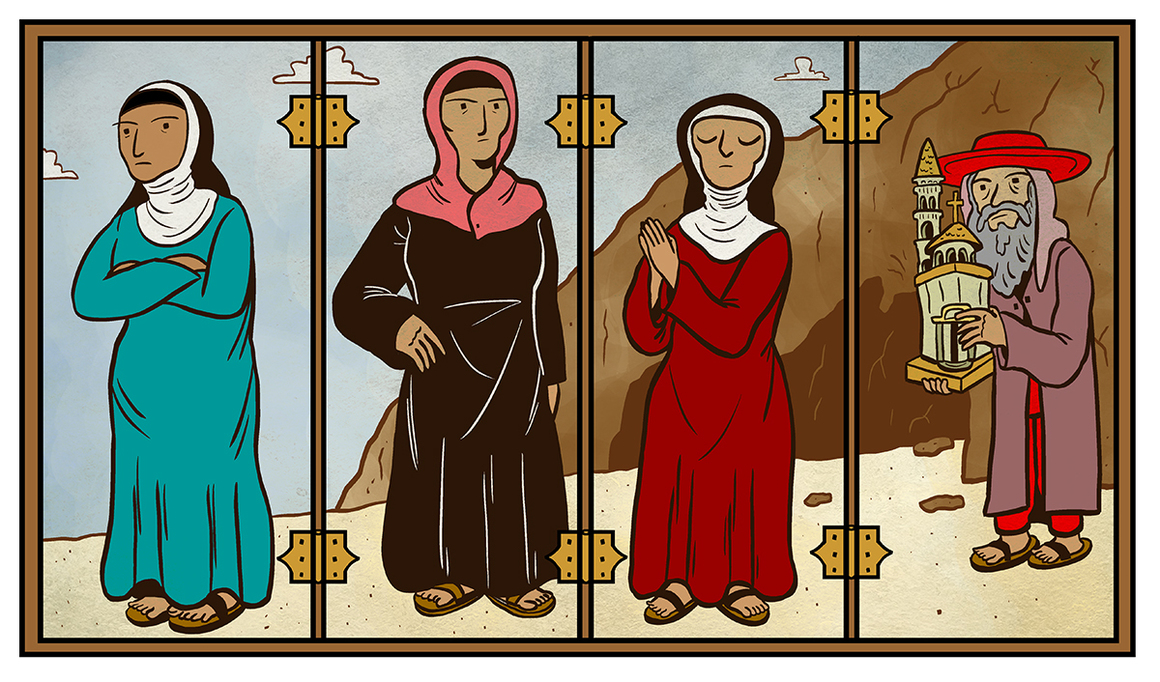 Mother’s Day is a wonderful time to celebrate the women in our lives and the role they played in making us who we are today.  In honour of our spiritual mothers, I would like to share a post from Atlas Obscura entitled The Rebel Virgins and Desert Mothers Who Have Been Written Out of Christianity’s Early History (a 16-minute read at 3,902 words).

We tend to recognize the names of the Desert Fathers who founded early Christianity’s monasteries:

We aren’t as familiar with the Desert Mothers – women such as:

These women had an overwhelming desire to serve their Lord.  Even though the culture they found themselves in did not have room for female leaders, they found a way to serve God through unconventional means.  They went against the norms of their culture to express their unconditional commitment to live their lives completely for God, providing the Church with a spiritual legacy and examples of lives radically changed.

Women don’t necessarily have to adopt an extreme ascetic lifestyle to become spiritual mothers.  Women (and men!) with a deep relationship with God can show others what a new life in Christ looks like – humbly surrendering to God’s will each day, consistently striving to become more like Jesus, and faithfully following the Spirit’s guidance.  And in case we need a reminder of what Christian leadership looks like, we have these words from the Great Leader himself (Matthew 20:25-28 // Mark 10:42-45):

But Jesus called [the disciples] together and said, “You know that the rulers in this world lord it over their people, and officials flaunt their authority over those under them.  But among you it will be different. Whoever wants to be a leader among you must be your servant, and whoever wants to be first among you must become your slave.  For even the Son of Man came not to be served but to serve others and to give his life as a ransom for many.”